The Elective System in Education:”You Cannot Train Everybody For Everything”

Whatever one may say about our twenty-eighth president’s views about The United States role as promoter of democracy and capitalism and interventionism throughout the world, I think we have to give him full-hearted applause for his views on authentic liberal education. Wilson hits the nail on the head when he says, 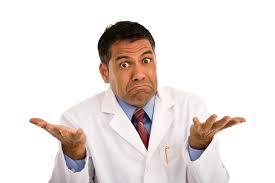 Presently, the founding Headmaster of Our Lady of Walsingham Academy in Colorado Springs (see www. OLWclassical.org), former headmaster and Academic Dean at The Lyceum (a school he founded in 2003, see theLyceum.org) Mark loves sacred music and Gregorian Chant and singing with his lovely wife, Stephanie, and their children.
View all posts by marklangley →
This entry was posted in classical education, college, education, liberal education, Modernists and tagged Blind leading the blind, Common Core, elective system, Woodrow Wilson. Bookmark the permalink.

5 Responses to The Elective System in Education:”You Cannot Train Everybody For Everything”