Posted on February 4, 2013 by marklangley 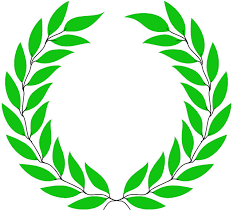 When Xerxes discovered that the Greeks were celebrating the Olympic Festival  the first day after the battle of Thermopylae he asked a Greek deserter “for what do the Greek athletes contend?”

When told that they were not competing for money or for any sort of material posession, but rather for an olive wreath-  Herodotus reports that one of the men in Xerxes’company could not help himself but to cry out:

Good heavens Mardonius,  what kind of men are these against whom you have brought us to fight? Men who do not compete for riches, but for honour.

Those who pursue liberal education do not contend for a material possession either – and somehow I think that it will also be upon these that civilization rests.

Presently, the founding Headmaster of Our Lady of Walsingham Academy in Colorado Springs (see www. OLWclassical.org), former headmaster and Academic Dean at The Lyceum (a school he founded in 2003, see theLyceum.org) Mark loves sacred music and Gregorian Chant and singing with his lovely wife, Stephanie, and their children.
View all posts by marklangley →
This entry was posted in ad libitum, classical education, truth for its own sake and tagged atheist, civilization, olive wreath, olympics, Xerxes. Bookmark the permalink.