Wisdom is Not a Human Possession

Posted on January 3, 2013 by marklangley 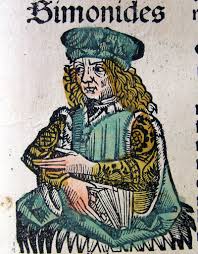 As one reads through the little section on St Thomas Aquinas’ commentary on the Metaphysics where he sets forth the four attributes of wisdom (from which we have been shamelessly borrowing- without even the slightest acknowledgement), one runs across this little  passage:

Here he proves the third attribute, namely, that this science is not a human [possession]

Which is kind of a strange thing to say- but then again apparently it was inspired at least in part by the poet Simonides, who said,

Only god has this honor

which of course also sounds like Pythagoras who said,

no man but only god is wise 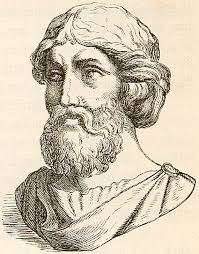 Pythagoras and Simonides may in fact have hatched this sentiment together for all I know since they lived in the same century basically (6th -5th century BC ).

But the point is that Aristotle takes this as the third attribute of wisdom and I think it strikes one as kind of strange at first glance, as I was saying a moment ago.

And that is as nice a little syllogism as anyone could hope for, although I don’t like St Thomas insinuating that people (i.e. like me particularly) are servile.  As a matter of fact who does he think he is anyway?!

…human nature is said to be servile insofar as it stands in need of many things. And on this account it happens that man sometimes neglects what should be sought for its own sake because of the things necessary for life.

I think he is being extra nice here when he says that “man sometimes neglects what should be sought for its own sake ….” This is the sort of understatement that  we might even call a “litotes,”

Thus it is said in Book III of the Topics that it is better to philosophize than to become wealthy, although sometimes becoming wealthy is more desirable, that is, to one lacking life’s necessities.

Incidentally, it is also reported that when Simonides was asked “whether it was better to be wealthy or wise” he apparently replied:

Wealthy; for I see the wise spending their days at the doors of the wealthy.

But this is a mere digression and I don’t think we should believe Simonides here. It is clear to me that he is making a joke and probably has lots of friends involved in fundraising for small classical schools. But let us return to St. Thomas,

This is an interesting distinction. Those things which are properly called our possessions are things that we have at our “command” and can “use freely.” This makes sense to me. Especially when it comes to material possessions. If one has to ask permission to use something, that is a sure sigh that one does not really own it.

This reminds me of a lawnmower which I “deeded” to friend in return for many favors he did for me. Well grass being what it is, I ended up borrowing this lawnmower for several years after and each time I asked permission to use it I recognized that I really did not own the lawnmower. It was no longer properly speaking my possession. I no longer could use it freely anytime I wanted to. It was not at my command. This is a painful memory for me- but you will be happy to know that I now have another lawnmower that I purchased on Craigsglist for 50 bucks. This lawnmower is now my possession in every sense of the word.

Nor again is it subject to man’s command, because man cannot acquire it perfectly. Yet that very small part of it which he does have outweighs all the things known through the other sciences.

Presently, the founding Headmaster of Our Lady of Walsingham Academy in Colorado Springs (see www. OLWclassical.org), former headmaster and Academic Dean at The Lyceum (a school he founded in 2003, see theLyceum.org) Mark loves sacred music and Gregorian Chant and singing with his lovely wife, Stephanie, and their children.
View all posts by marklangley →
This entry was posted in classical education, Wisdom and tagged Aquinas, Aristotle, Lawmower, simonides, Wisdom. Bookmark the permalink.