Pope Pius XI: Encouragement for Teachers From a Teacher’s Pope

No matter what ails the nation, turmoil in the inner city, conflagrations, and riots, anxiety over the upcoming election, fears rational and irrational, nonetheless, along with the season of fall there arrives the insuppressible feeling of a new academic year! 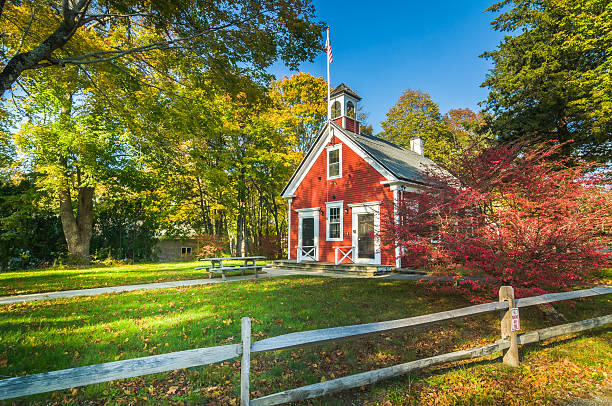 Almost akin to the instinct that irresistibly directs the feelings and actions of our friends in the animal world, the instinct that the Catholic French entomologist and scientist par excellence, Jean Henri Fabre, so eloquently and compellingly observed and wrote about,

so too does an instinct, a yearning for learning arise in teachers and students and parents and just about everyone who ever went to school during early youth and perhaps even through college and graduate school!

This is the time of year when even those who no longer attend school still might saunter through the back-to-school aisles at the local store eyeing the three-ringed binders and composition books, perhaps grabbing a pack of new gel pens (with the rubber grips!) or mechanical pencils. Such is the power of that instinctual feeling of the season.

Aristotle, of course, explains all of this aptly when he says “All men by nature desire to know.” I don’t know that he made a mint off the proposition but Walmart and Target sure did. There is no surer way to a profit than basing one’s business plan on the most fundamental of human desires. Interestingly, teachers at classical schools appear to be at the tail end of the profit trail. But that’s probably as it should be since no teacher worthy of the name should be teaching for the sake of profit- at least profit in the green sense of the word.

But the point is that no matter what world upheavals might be taking place, no matter what kind of cataclysmic events, whatever is the crisis du jour, the task of education will go on. This is most undoubtedly the case because life itself is ordered to the knowledge of the truth.

which I translate freely,

Life is first, then doctrine (teaching): for life leads to the knowledge of the truth.

In Studiorum Ducem Pius XI quotes his predecessor John XXII in perhaps the single most astoundingly powerful tributes to the mind of St Thomas:

He alone enlightened the Church more than all other doctors; a man can derive more profit in a year from his books than from pondering all his life the teaching of others.

Imagine that! Of course, Pius XI attributes this remarkable fact to the great humility of Aquinas, citing Leo XIII’s praise for him in Aeterni Patris:

because he had the utmost reverence for the doctors of antiquity, he seems to have inherited in a way the intellect of all.

The fact that Pius XI’s reign was between the two World Wars and the rise of Hitler, Mussolini, and the persecution of the church, particularly in Mexico and Spain, accentuates how significant Catholic education was to him; how essential Christian education was to the life of the church and of the world.

Indeed, his last speech consisted of an address to the Pontifical Academy of the Sciences (which he established) speaking, from no prepared text, on the relation between faith and reason.

Pius XI was indeed a teacher’s pope. And such was his respect for the profession of the teacher that he quotes the fourth-century bishop of Constantinople, St. Gregory Nazianzen, when he says that teachers practice, “the art of arts and the science of sciences.”

Here is how Pius XI said it in Divini Illius Magistri,

All these [teachers] labor unselfishly with zeal and perseverance in what St. Gregory Nazianzen calls “the art of arts and the science of sciences,” the direction and formation of youth. Of them also it may be said in the words of the divine Master: “The harvest indeed is great, but the laborers few.”

And the art or the science that brings about this possession would therefore be the chief art, or the chief science. The art by which human beings are united with the truth would be the art of arts. What science, what art could then be more noble or excellent than that art, that science by which souls are instructed towards the possession of the truth? Teaching is, indeed, “ars artium” and “scientia scientiarum!” (the art of arts and the science of sciences).

At the outset of the new academic year, let Christian teachers aspire to the wise words of Pius XI. Let teachers recognize the nobility of their profession and be heartened by the pride that the church itself takes in its teachers.

Let teachers recognize that when they form the minds of the young in goodness, beauty, and truth, they are practicing the “science of sciences.” The good of families and the good of countries depends upon their work. For, As Pope Pius XI says,

Perfect schools are the result not so much of good methods as of good teachers, teachers who are thoroughly prepared and well-grounded in the matter they have to teach; who possess the intellectual and moral qualifications required by their important office; who cherish a pure and holy love for the youths confided to them, because they love Jesus Christ and His Church, of which these are the children of predilection; and who have therefore sincerely at heart the true good of family and country.

I suppose such a consideration immediately brings up its opposite. Namely, that the corruption of the best is the worst, or as the Romans would say,

In other words, as fortunate as one is to have good teachers, there are few misfortunes worse than having bad teachers.

No wonder then, that Pius XI says that the formation of teachers should “be one of the principal concerns of the pastors of souls and of the superiors of Religious Orders.“

From a Pope, reigning just after World War I, from a Pope reigning during the bloody persecution of the church in Mexico, Spain and Russia, from a Pope witnessing the rise of Hitler, such testimony to the truth and to life and to the significance of teachers is timely and powerful.

7 Responses to Pope Pius XI: Encouragement for Teachers From a Teacher’s Pope