Are You a Slave to Fashion?

I am just not willing to adopt his fashion for fear of losing the little credibility that I have left, nor have I seen anything like his clothing on the discount rack at Macy’s. Besides, I much prefer clothing that covers my legs. Give me a pair of grey slacks, a Brooks Brothers tie, a navy blue jacket and I am all set- well maybe throw in a pair of Florsheim loafers, socks, white dress shirt and …well let’s get back to the point. Glancing at old family photos does make me wonder. Granted that I was too young to make decisions for myself, nonetheless, I don’t remember exercising any sort of wholesome rebellion when my mother gave me a pair of bell-bottoms.

By way of contrast, I suppose the hair fashion of the Georgian period makes that of the seventies seem rather moderate.

So powerful is fashion’s sway over our thinking, that many things which appear ridiculous to us now appeared natural and normal when we were under fashion’s influence. A sobering reflection. What is slavery to Fashion?  Well, as one philosopher put it:

That is a very good definition. Succinct, comprehensive, every word tells.

The more I think about freedom, the opposite of slavery,  the more it appears to me that it is not such an easy thing to achieve. For example, think of what St. Paul says,(Philippians 4:8)

Ok. That sounds good to me. But what if my thoughts about “whatsoever things are true,” modest, just, holy, lovely and of good fame are really dictated to me right now the way that my taste in clothing was in the seventies?

If everyone appears to be doing the same thing within a certain margin of comfortable acceptability, is that apparent harmony the effect of free choice?

Intellectual freedom has something to do with the ability to ‘think for oneself.’ We tell our students to think for themselves and my guess is that most of us live happily under the illusion that if there are some who do not think for themselves, at least we ourselves do.

Ask someone you know, “Do you think of yourself as an independently minded person? Are you a person who thinks for yourself?”

My guess is that he, if not too affronted, will answer in the affirmative.

But if we were then to perform a short survey of his ideas, if we were to ask this independent thinker a list of questions concerning politics, science, mathematics, religion, music, and yes even current fashions with regard to clothing…

…….would we be likely to find a maverick? Perhaps.

Or sometimes if we are discussing politics and government, I might ask, “How many of you think that monarchy is the most excellent form of government?”

When it comes to the study of history, I generally do not find many advocates of the Spanish Inquisition or the Crusades.

Eventually, after having established the fact of a fairly unanimous consensus of ideas, I ask my students,

Isn’t it odd that we all tend to think of ourselves as independent thinkers yet the vast majority of our ideas and tastes and aspirations tend to match rather exactly with the ideas, tastes, and aspirations that just happen to be in vogue?

It is odd. It could be that each of us happens to have arrived at the truth independently and our consensus is coincidental.

Or just perhaps we are not such free and independent thinkers as we had supposed ourselves to be? 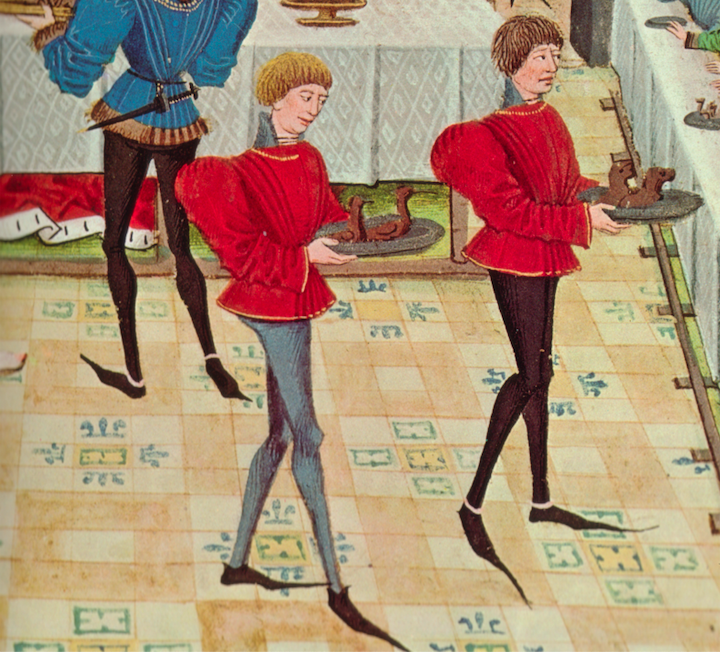 Presently, the founding Headmaster of Our Lady of Walsingham Academy in Colorado Springs (see www. OLWclassical.org), former headmaster and Academic Dean at The Lyceum (a school he founded in 2003, see theLyceum.org) Mark loves sacred music and Gregorian Chant and singing with his lovely wife, Stephanie, and their children.
View all posts by marklangley →
This entry was posted in classical education, fashion, liberal education, slavery and tagged 1970 hair styles, Berquist, Intellectual Custom, liberal education, slavery to fashion. Bookmark the permalink.

4 Responses to Are You a Slave to Fashion?