Our Lord’s parable about the man who had two sons, upon the younger of whom tradition has bestowed the sobriquet ‘prodigal,’  provides an excellent lesson for parents everywhere who are concerned about the education of their children.

I have a hunch that the ‘parable of the prodigal son’ will always be on everybody’s top ten parable list partly because the parable is especially close to our own experience.

Actually, every time I return from Costco with one of those prodigious carts overflowing with all of my favorite foods and those terrific thick slices of steak…and a nice bottle of Cabernet Sauvignon…. I have to confess my empathy for the prodigal son. 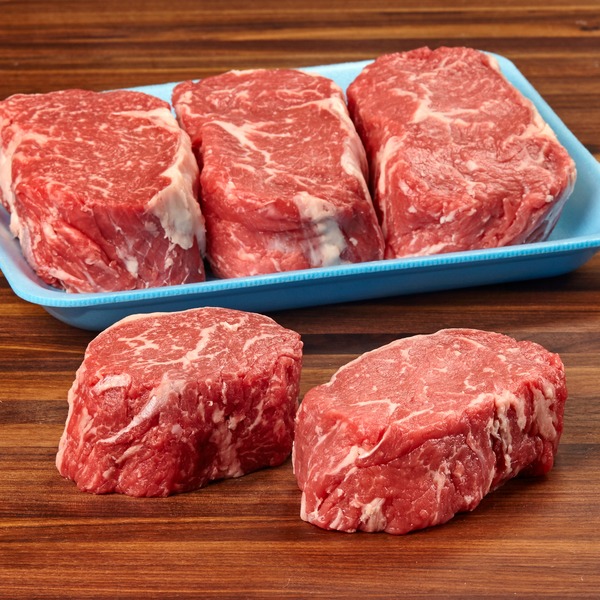 And then, of course, after a certain number of days have passed, inevitably the temporary joy that I received for having instantiated the words of Saint Paul, when he said “whose God is their belly” ….that joy is turned to ashes when I am confronted with the ‘Citi Card’ statement at the end of the month.

My guess is, most people don’t have to search very far for an example of someone they know, whether a near relative or otherwise, who provides a close match to the younger son in the parable.

But even if one does not have a brother or sister that might fit the description, there isn’t a person anywhere who cannot relate to the very obvious parallel between the behavior of the prodigal son and his own behavior whenever he turns from God’s grace and follows his passions. 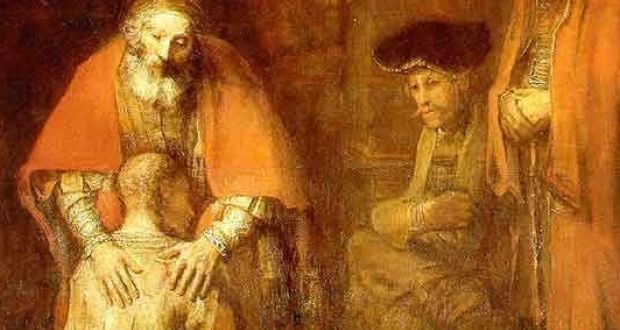 Nonetheless, what, you might ask, does this parable offer to parents with regard to the education of their children? Or even, what does the parable have to offer for students and educators everywhere?

Well for starters, consider first how the parable begins,

A certain man had two sons: And the younger of them said to his father: Father, give me the portion of substance that falleth to me. And he divided unto them his substance.

Notice that the son requests the portion of his “substance” that belongs to him. (The Latin reads “da mihi portionem substantiæ“).  Unfortunately, as happens all too often, this is rendered into English prose by translators who choose to make it more understandable (according to their way of thinking) by words that narrow the signification.  And so what most Catholics will hear on the Fourth Sunday of Lent is,

A man had two sons, and the younger son said to his father, ‘Father give me the share of your estate that should come to me.’ So the father divided the property between them.

I say this is an unfortunate translation because, while it preserves one very clear and most obvious signification, it, nonetheless, makes other significations more difficult.

For example, Saint Augustine understands “substance” as something much more than mere property or worldly inheritance,

the younger seeks that the part of the substance which fell to him should be given him by his father. Hence it follows, And the younger of them said to his father, Give me the portion of goods [portionem substantiae] which falls to me; just as the soul delighted with its own power seeks that which belongs to it, to live, to understand, to remember, to excel in quickness of intellect, all which are the gifts of God, but it has received them in its own power by free will. Hence it follows, And he divided to them his substance.

and another commentator confirms this reading of substance saying,

The substance of man is the capacity of reason which is accompanied by free will.

Thus we are understanding the son as an image of the soul which rightfully seeks “that which belongs to it.” The soul of man seeks “to live,” and “to understand” and to do by its own power. The intellectual soul is, after all the precise way that man is said to have been created in the image and likeness of God.

But the parable continues ,

The younger son, gathering all together, went abroad into a far country: and there wasted his substance, living riotously. And after he had spent all, there came a mighty famine in that country; and he began to be in want.

This is where the trouble is. It was not in the asking for his substance but in the squandering of it that we have a problem. Saint Augustine explains how the soul squanders its substance:

Whoever wishes to be so like to God as to ascribe his strength to Him, let him not depart from Him, but rather cleave to Him that he may preserve the likeness and image in which he was made. But if he perversely wishes to imitate God, that as God has no one by whom He is governed, so should he desire to exercise his own power as to live under no rules, what remains for him but that having lost all heat he should grow cold and senseless, and, departing from truth, vanish away.

Thus the older brother represents the soul that cleaves to God whereas the younger brother turns away perversely, and wishes to imitate God precisely insofar “as God has no one by whom he is governed.”

In other words, the younger son represents the soul that wishes to exercise its intellectual life, its abilities to reason and calculate, its abilities to imagine and remember, to articulate and communicate, all in a manner that is not subordinate to the knowledge of God.

To pursue the intellectual life in a disordered way, or rather, to engage in intellectual pursuits in a way that is cut off or divorced or ordered to some other end so as to exclude God, is to squander one’s intellectual substance.

Imagine, if you can, a school, college or university in which there is a multiplicity of courses, various departments of learning, a diversity of intellectual pursuits, but in which there is not a central coordinating science to which all the sciences, arts and disciplines are ordered as an end.

Are there really any schools which propose such a thing? Could there really be a school in which religion is not taught? Could there actually be a college or university in which Theology is not considered explicitly the final goal of every human intellectual endeavor?

Such an institution would be like a many-limbed animal with no head! 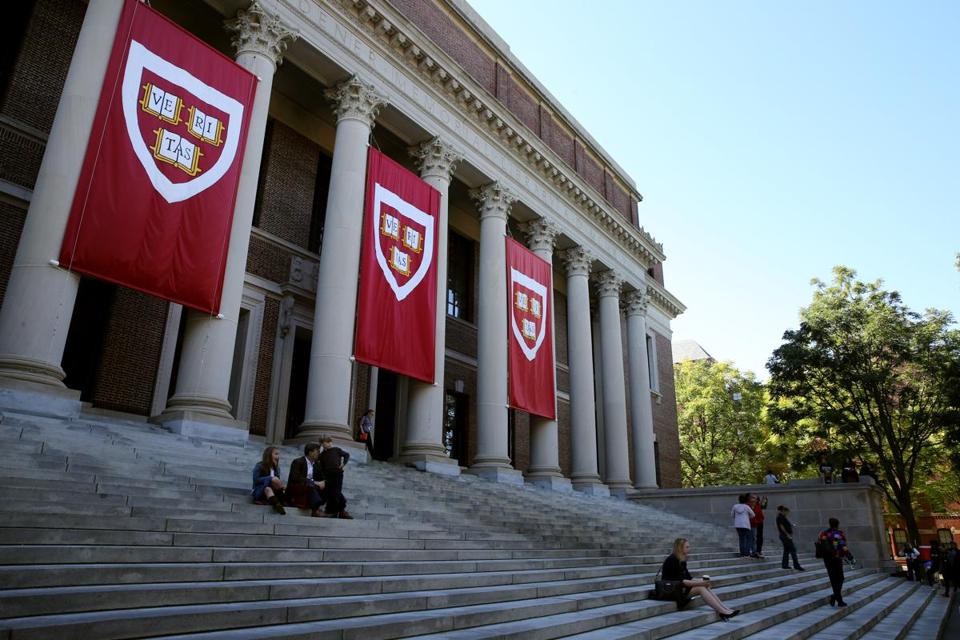 Impossible! Such a school, college or university would be nothing other than a place of institutionalized intellectual riot! Who in his right mind would tolerate such a thing!

…the soul of man chose of its free will to take with it a certain power of its nature, and to desert Him by whom it was created, trusting in its own strength, which it wastes the more rapidly as it has abandoned Him who gave it. Hence it follows, And there wasted his substance in riotous living… This is the very image of life at the modern university is it not? And I don’t mean an image of campus life or life in the dormitory. The riotous lifestyle that characterizes the modern college or university campus is only emblematic of the far more serious riot- namely the  riot that is the intellectual state of affairs at such colleges and universities.

An intellectual riot might be described as a disordered search for truth – which amounts to nothing more than an inversion of truth. Instead of the pursuit of truth for its own sake – or better, for the sake of knowing God- truth is pursued for the sake of power and the manipulation of nature, or for some other utilitarian end.

And when he had spent all, there arose a great famine in that land. The famine is the want of the word of truth. 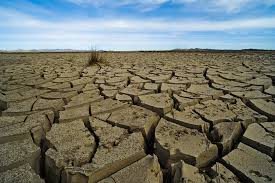 I stretched forth my hands to thee: my soul is as earth without water unto thee. (Psalm 143)

Saint Ambrose adds, that when there is a departure from the word of God the mind is incapable of being satisfied:

But when the younger son returned home to his father, then it was that he could be satisfied. Likewise when the mind returns ‘home,’ when it sees all that it sees in relation to God Himself, who is Truth, then can it, too, be satisfied.

Presently, the founding Headmaster of Our Lady of Walsingham Academy in Colorado Springs (see www. OLWclassical.org), former headmaster and Academic Dean at The Lyceum (a school he founded in 2003, see theLyceum.org) Mark loves sacred music and Gregorian Chant and singing with his lovely wife, Stephanie, and their children.
View all posts by marklangley →
This entry was posted in Ambrose, Augustine, Catena Aurea, college, education, liberal education, soul, truth for its own sake and tagged Creation of Adam, Lent, Prodigal Son, Sabrina, St. Ambrose. Bookmark the permalink.