In Education, The End Depends On The Beginning.

Incidentally, I haven’t read much of the Roman poet Manlius who “flourished” in the first century AD. But his famous line “Finisque ab origine pendet” from the fourth book of his Astronomicon appears to have been adopted by Phillips Exeter Academy as its motto.

“Above all, it is expected that the attention of instructors to the disposition of the minds and morals of the youth under their charge will exceed every other care; well considering that though goodness without knowledge is weak and feeble, yet knowledge without goodness is dangerous, and that both united form the noblest character, and lay the surest foundation of usefulness to mankind.”

Phillips Exeter, founded in 1781, is now, I would say, a fairly prestigious Academy claiming everyone from Daniel Webster to Pierre S. du Pont to Joseph Coors to Mark Zuckerberg as alumni. And no one would argue that these gentlemen haven’t been very useful to mankind. 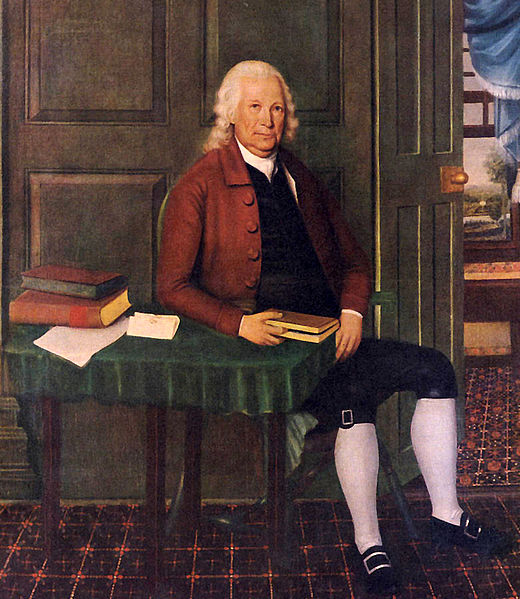 If knowledge and goodness were only valuable as things to be pursued for their own sake, would John Phillips have laid the foundations of his school? I doubt it.

I suppose Phillips Exeter and its veritable “galaxy of names” of famous alumni is itself fulfilling its own motto “finis origine pendet.” The origins of the school are rooted in a fundamental utilitarian view of human life, and its entire 200 plus years of existence have born this philosophy out through the production of men whose names would supply almost a complete litany of worldly success.

But certainly, “the end does” in fact “hang from the beginning” to a great extent. Parents, schools, and indeed all who concern themselves with the formation of the young know the importance of a good beginning. The path of an arrow, its precise trajectory, velocity, and force can be determined by examining its beginning movement, so too, human life seems to have a trajectory that can almost be wholly predicted by what happens in the beginning.

But rather than fit man from the very beginning to be useful to himself and to others- (which at first glance appears like a very laudable goal!) genuine Catholic education seeks to dispose each person to be a fitting vessel for Divine Grace. Following the maxim that “grace builds on nature,” genuine Catholic education proposes that by acquiring the intellectual habits of truth, the mind of the student is more apt for Divine Truth.

And further, by acquiring habits of goodness, students are more disposed to living a life of the Theological Virtues.

And by acquiring virtues that allow us to see and respond to beauty, students are disposed to the appreciation of Him who is Beauty itself!

Habits that enable us to see order, unity, symmetry, harmony, and proportion, enable the young to see and respond to beauty in the world.

Developing these habits are “the beginnings” that we all want for our children, for then they are disposed to see the beauty of the Creator.

“In beautiful things St. Francis saw Beauty itself, and through His vestiges imprinted on creation he followed his Beloved everywhere, making all things a ladder by which he could climb up and embrace Him who is utterly desirable.”

One would hope that after 12 years of schooling, every student would be well on his way to having acquired the habits of truth, goodness and beauty. We even ask him to start a somewhat more independent life in college supposing that he will then pursue goodness, truth, and beauty on his own. One would hope that a student entering college would have the internal motivation, the habits, or at least the beginnings of these habits, to pursue the things that lead to his highest end.

Catholic education ought to focus on good beginnings; the formation of the intellectual, moral and aesthetic virtues .

In this way, we pray that our students will all someday find Him Who is the beginning and end of all Truth, Goodness and Beauty.

Presently, the founding Headmaster of Our Lady of Walsingham Academy in Colorado Springs (see www. OLWclassical.org), former headmaster and Academic Dean at The Lyceum (a school he founded in 2003, see theLyceum.org) Mark loves sacred music and Gregorian Chant and singing with his lovely wife, Stephanie, and their children.
View all posts by marklangley →
This entry was posted in beauty, catholic education, classical education, education, liberal education, truth for its own sake and tagged Catholic education, Finisque ab origine pendet, John Phillips, phillips exeter, Saint Bonaventure. Bookmark the permalink.

5 Responses to In Education, The End Depends On The Beginning.