And what is it that the liberally educated man does during those lazy hazy days of summer?

Does he spend his summer like a Greek or a Roman?

Does he sip iced tea, reading Aristotle’s Ethics reclining in a deck chair on the veranda?

Does he doze in his gently swinging hammock, pondering about the soul, peacefully dreaming between two glistening birch trees?

Or does he reach for his 50 lb Hitachi demolition Hammer and his old Milwaukee Sawzall with which tools he will bring that second story bathroom back to its primordial beginnings: earth … rock… dust… powder?

Now as sometimes happens, what began as a simple plan to replace the shower bathtub diverter valve,

suddenly became a full scale effort to re-tile the “bath-tub-shower-surround.” 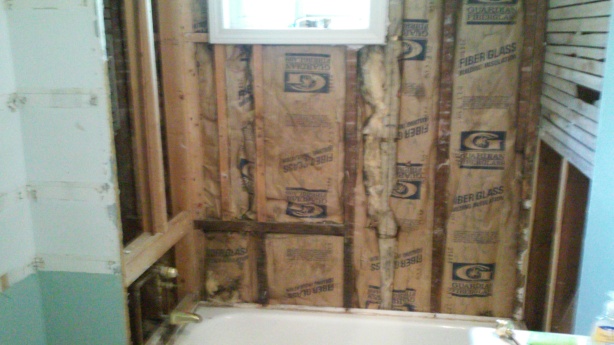 I thought I was just going to do a simple tile project around the shower.

But then what happened? Well I guess I just got carried away by zeal. I mean when one has a demolition hammer and a Sawzall in hand, there is only one inevitable result.

My six-year-old Peter and I must have carried out over a thousand pounds of debris.

Two layers of ceramic tile over a 3-4 inch mud-concrete base! After removing all that weight from the house one would think that the mysterious laws of physics would respond in kind.

Isn’t there supposed to be an equal and opposite force counteracting all that stuff?

When will that hidden force know that I removed its diametrically opposed opposite?

Is it going to wake up in the middle of the night and take the starboard side of my house through the ceiling? 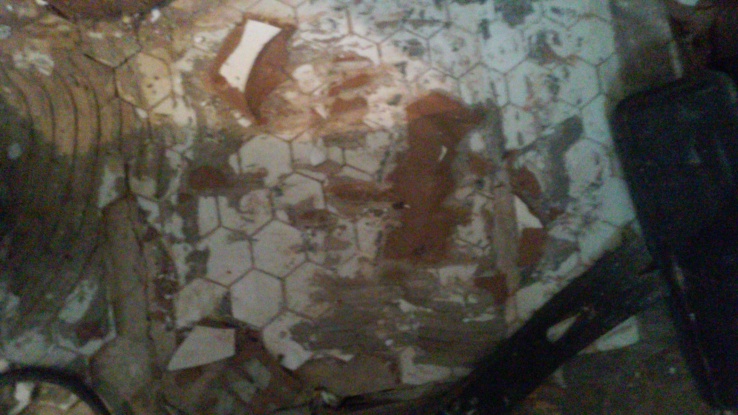 Two layers of tile over a three-inch bed of concrete. I love that classic hexagonal tile. One wonders why it was ever covered up.

Well, after purchasing a cheap new wet-dry vac, and some strategically placed new “sister joists”, the space looked like this: 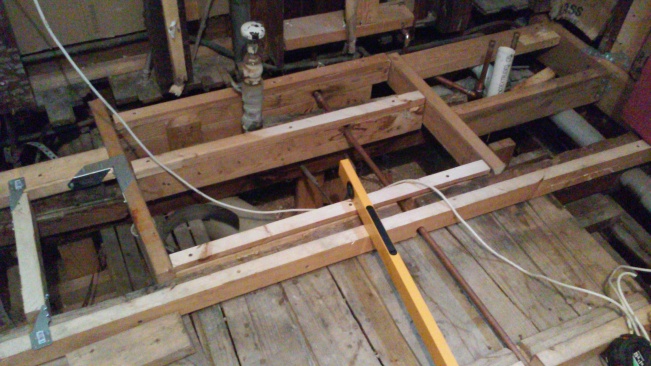 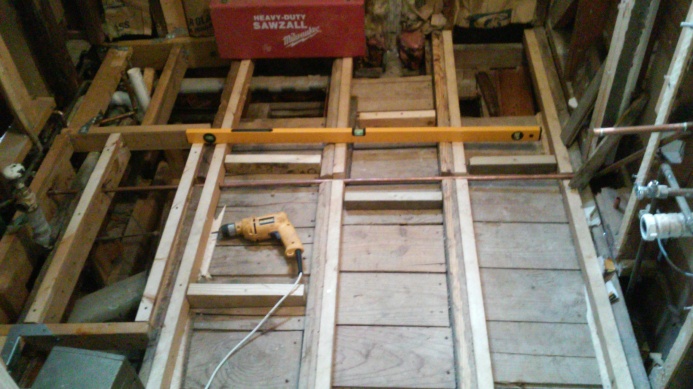 I should have inserted even more horizontal blocks.

Unfortunately, these old spaces were not designed to assist the enterprising renovator. And so I had to do my best to “sister” new floor joists onto the old ones not only to make the floor level, but also to provide new flat surfaces upon which to attach the new plywood.

I love the metal joist hanging technology. There is a tie for every situation. 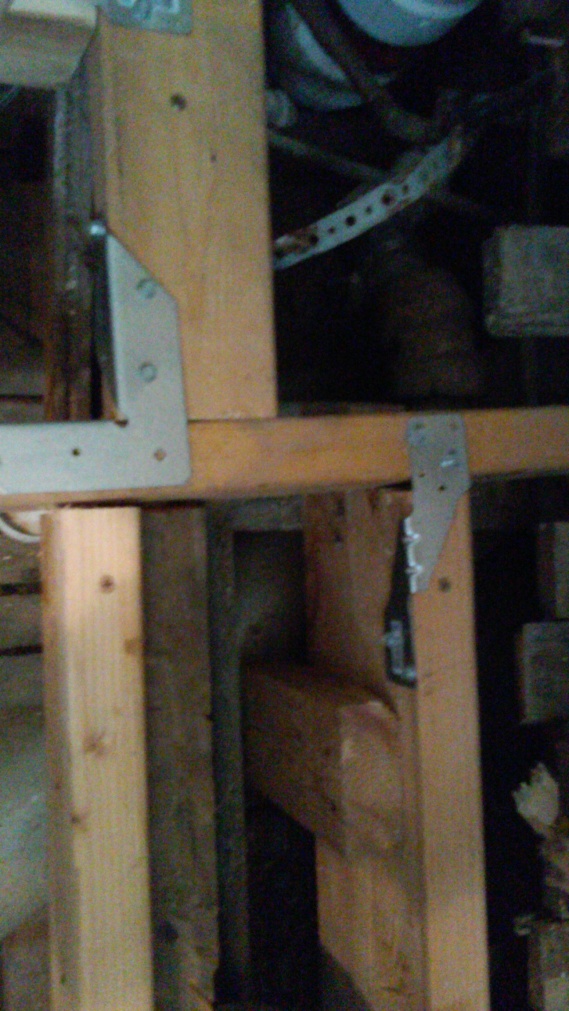 The hurricane tie. Love it!

After convincing myself that the new floor joists were as strong and immovable as possible, I set down the 3/4″ plywood. 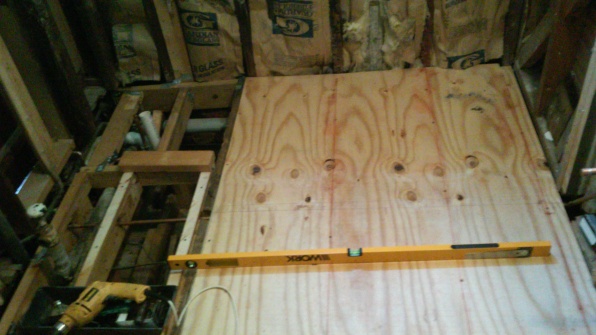 Achieving a level surface….cant be done! 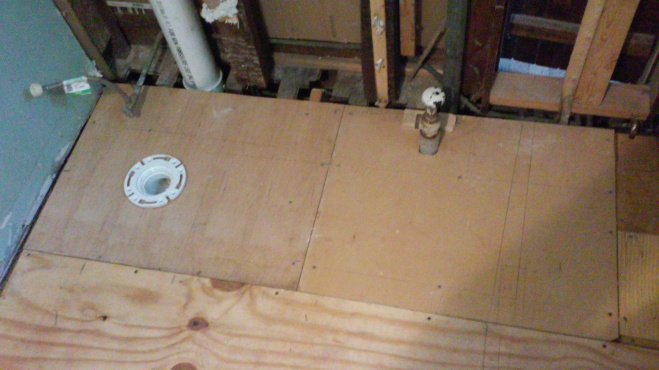 I just knew it was worth hanging on to all those old scraps of plywood for the last ten years. Let that be a lesson to all of you neat freaks with clean tidy garages. I saved at least twenty bucks!

Sometimes the liberally educated carpenter is treated to a geometric delight. After salvaging an old scrap of an oddly shaped polygonal plywood, to my amazement I discovered an equilateral triangle. Naturally a thrilling moment for an erstwhile teacher of Euclid! 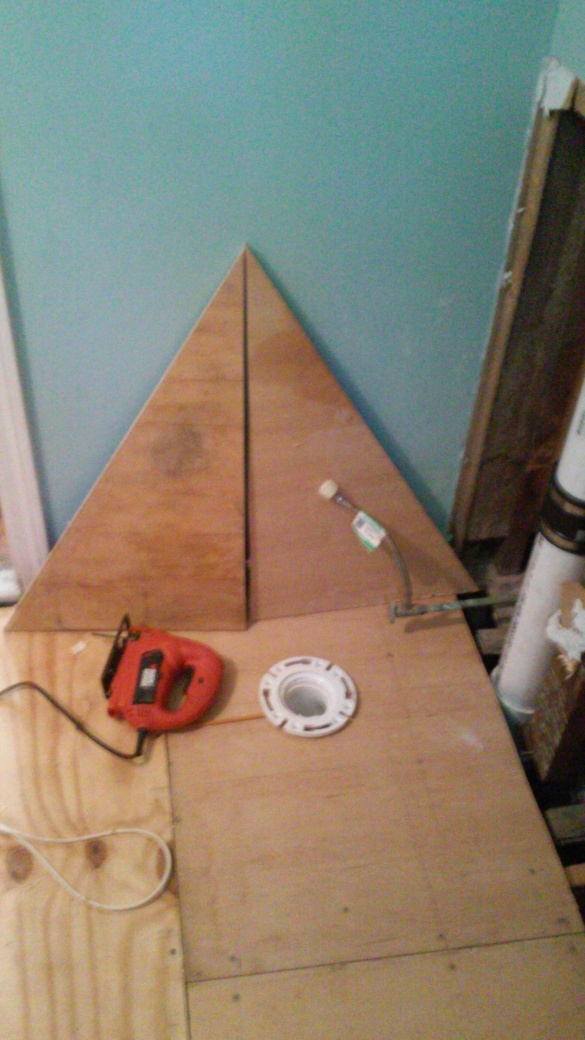 An equilateral triangle existing outside of the imagination! 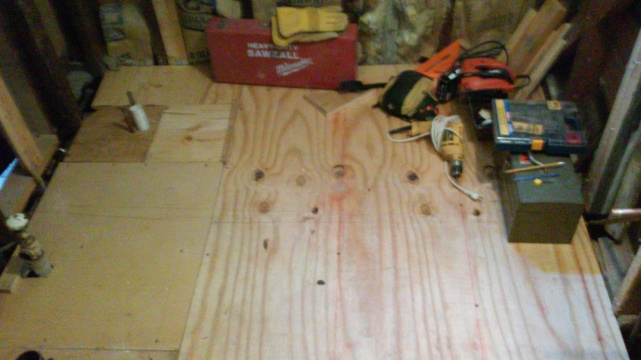 Now that we have a firm foundation, things start getting exciting. Time to set down the cement board! First we cut it to size and dry fit it, then we mix up some mortar and screw it down. 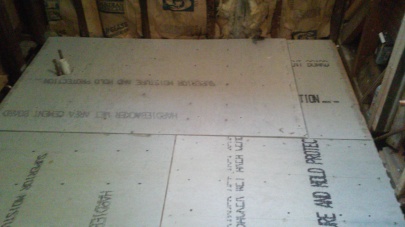 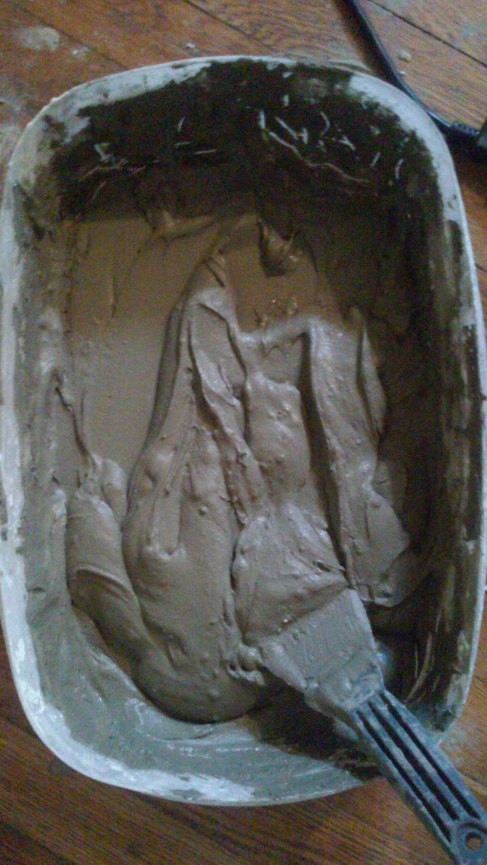 Never quite certain about the precise ratio of water to thin-set….but I figure if it looks like peanut butter then we’re OK.

One piece at a time. 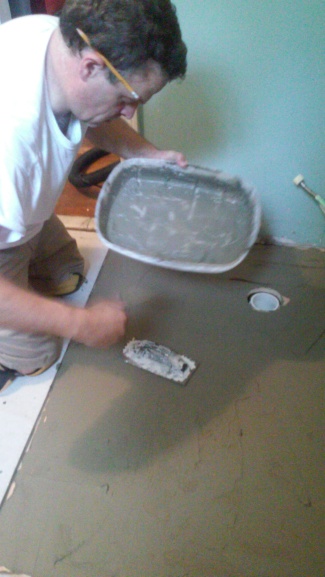 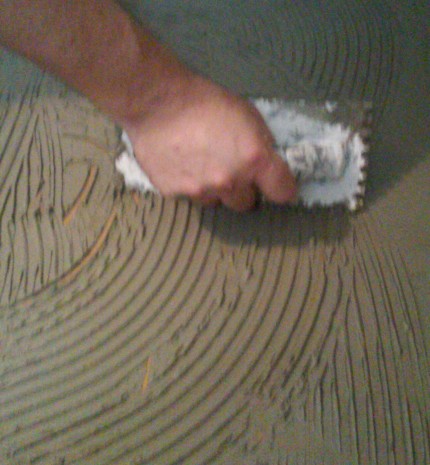 Finally the floor is set and we are ready for the walls…hmmmm…maybe I should have reversed the order. 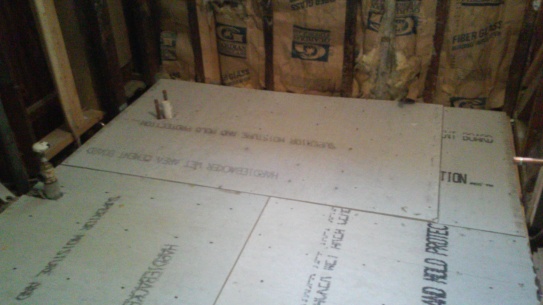 I guess the whole project smacks of a Roman enterprise, particularly when one is working on plumbing projects.

After all – as they say,

The Greeks gave us brains. The Romans gave us drains!

Presently, the founding Headmaster of Our Lady of Walsingham Academy in Colorado Springs (see www. OLWclassical.org), former headmaster and Academic Dean at The Lyceum (a school he founded in 2003, see theLyceum.org) Mark loves sacred music and Gregorian Chant and singing with his lovely wife, Stephanie, and their children.
View all posts by marklangley →
This entry was posted in bathroom restoration, liberal education works and tagged bathroom renovation, hardiebacker, liberal education, summer vacation. Bookmark the permalink.