Sometimes a thought is expressed so eloquently that the only thing left for us to do is to repeat it. 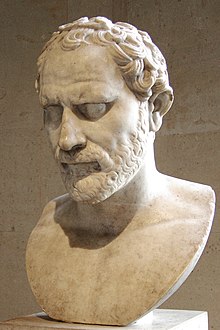 Therefore since the Lyceum community is presently attending the Cleveland Right to Life Conference, I thought nothing could be more appropriate for the occasion than to quote these wise words from a little known, and I might say humble teacher, at a small school devoted to Classical Catholic education in Northeast Ohio.

“Catholic classical education…is primarily ordered to life. The whole point of classical education is life. To spread life. To increase life. To enrich life. To propagate and widen its extension. To deepen it and strengthen it. To perpetuate it and make it eternal. That in a nutshell is what … Catholic liberal education, is all about.”

Now I must say, that really got me thinking. Was the author simply indulging in a flight of enthusiasm? Did the author really mean what he said or was this just another brave, and even desperate rhetorical speech designed to make liberal education seem relevant? To make one’s enterprise appear relevant is the sort of thing we might expect from the clever and overworked marketing team at one of these small classical schools.

But then the author gave an argument which deserves a second look, he says

The simple reason for this is that to know the truth and to live is the same thing. That is why Our Lord and Savior said in John 14:6

I am the way, and the truth, and the life. No man cometh to the Father, but by me.”

Isn’t that a stunning reason?

Q.E.D. as Euclid would say.

The thief cometh not, but for to steal, and to kill, and to destroy. I am come that they may have life, and may have it more abundantly.

But if we do not promote the truth, for its own sake, but rather for the sake of “usefulness” and “what it can do for us,” how then will we reconcile that with our defense of life?

As our humble teacher said,

This is the point of Catholic classical education. It is the only point really- that men can live life abundantly, happily, joyfully, in the fullness of truth in union with God.

Presently, the founding Headmaster of Our Lady of Walsingham Academy in Colorado Springs (see www. OLWclassical.org), former headmaster and Academic Dean at The Lyceum (a school he founded in 2003, see theLyceum.org) Mark loves sacred music and Gregorian Chant and singing with his lovely wife, Stephanie, and their children.
View all posts by marklangley →
This entry was posted in classical education, education, truth for its own sake and tagged Classical Education, CRTL, liberal education. Bookmark the permalink.