Well, what is summer for except for dabbling in the writings of “Enlightenment Thinkers?” I enjoy this particularly because it is kind of like investigating a crime scene…”Who Killed Liberal education?”

For the past several years I have been heaping blame on Sir Francis Bacon, and I think this accusation sticks fairly well. He was pretty bad!

Given that we live in a time where enlightenment philosophy appears to be the atmosphere we breathe (e.g. “knowledge is power,” “Ideas don’t matter” “Aristotle held back the progress of science for almost two thousand years”,  “Philosophy is a waste of time”) it is probably a good thing for us think about the origin of these ideas and the people involved with them. Might as well know why we all think the way we do… eh? 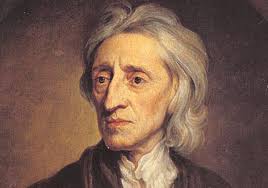 I thought I would refresh myself with Bishop George Berkeley (1685-1753) who appears on the intellectual scene at the end of Lock’s career. Although he seems to disagree with Locke (I think he maintains that Locke didn’t go far enough in denying the existence of universals…he really should have denied the existence of the very things from which universals are purportedly abstracted….but don’t quote me.)

But take a look at this little paragraph where Berkeley appears to manifest how much of a disciple of Locke he really is.

Whether others have this wonderful faculty of ABSTRACTING THEIR IDEAS, they best can tell: for myself, I find indeed I have a faculty of imagining, or representing to myself, the ideas of those particular things I have perceived, and of variously compounding and dividing them. I can imagine a man with two heads, or the upper parts of a man joined to the body of a horse. I can consider the hand, the eye, the nose, each by itself abstracted or separated from the rest of the body. But then whatever hand or eye I imagine, it must have some particular shape and colour. Likewise the idea of man that I frame to myself must be either of a white, or a black, or a tawny, a straight, or a crooked, a tall, or a low, or a middle-sized man. I cannot by any effort of thought conceive the abstract idea above described. And it is equally impossible for me to form the abstract idea of motion distinct from the body moving, and which is neither swift nor slow, curvilinear nor rectilinear; and the like may be said of all other abstract general ideas whatsoever. (A Treatise Concerning the Principles of Human Knowledge) 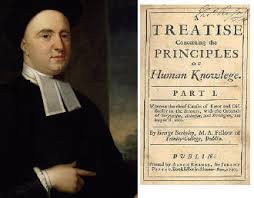 I think it is noteworthy that Berkeley mentions the “imagination” with regard to abstraction. As Werner Heisenberg points out somewhere (and I am still looking for this text!) when we imagine things we can’t help but to make the things that we imagine “actual.”

And so we might point out that the power of abstraction (which is sort of important when it comes to hatching “ideas”) is something different from the power of imagination.

Presently, the founding Headmaster of Our Lady of Walsingham Academy in Colorado Springs (see www. OLWclassical.org), former headmaster and Academic Dean at The Lyceum (a school he founded in 2003, see theLyceum.org) Mark loves sacred music and Gregorian Chant and singing with his lovely wife, Stephanie, and their children.
View all posts by marklangley →
This entry was posted in enlightenment, Modernists and tagged francis bacon, George Berkeley, John Locke. Bookmark the permalink.