On Writing Letters of Recommendation 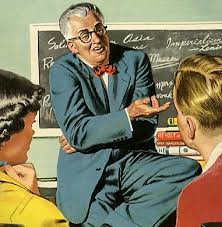 I have only met one person that really expressed true regret about a specific educational decision – and that was his decision to attend a fairly prestigious Catholic college somewhere in Massachusetts.

He said that the experience almost drove him crazy and that he nearly lost his faith because of this decision. He said that he took his studies very seriously and that consequently he became enmeshed in a soul killing spiritual crisis for years even after he graduated. Fortunately for him he recovered though some miraculous intervention of a holy priest (I think) that God placed in his path- and then he embarked on a sort of “self re-education” program in which he is still engaged.

He was very angry about his decision to attend this college. He was angry with his parents for allowing him to attend. He was also angry with the encouragement that he received from friends and relatives.

He was so angry about his experience that he even wrote a letter of complaint to his former teacher who suggested that he attend the college.

I respected you as a teacher and enjoyed your class very much. I also admired you because of your strongly held philosophical convictions. When I asked you for a recommendation to college, you enthusiastically encouraged me, and I listened to you as to someone with more wisdom than me. You were thrilled that I wanted to attend a prestigious Catholic college. Being inexperienced, un-knowledgeable and very impressionable, I trusted you and followed your advice. What else can a young person do but listen to those he admires?

The professors are no longer Catholic for the most part and the curriculum is no longer an integrated program of studies with truth and wisdom as the goal. The vast majority of the student body does not takes the faith seriously. Most do not even attend Sunday Mass. The student life, in general, can only be described as licentious.

Aside from this, the intellectual atmosphere at the college is steeped through and through with an intellectually paralyzing and deep skepticism. The only value held in common on the campus, with a sort of dogmatic absolutism, is that there is no absolute truth and that ultimately… matter is what matters!

I just wanted to tell you this so that you have more information about this college. I thought that perhaps you might think twice before you encourage other students to attend this college. On the one hand I appreciated your willingness to recommend me, but on the other I am now very angry that I listened to you.

I hope that this letter does not offend you. I thought that you should know since you are in position that requires you to give students direction. 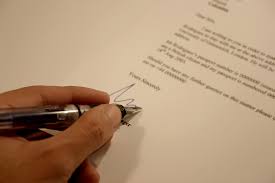 Presently, the founding Headmaster of Our Lady of Walsingham Academy in Colorado Springs (see www. OLWclassical.org), former headmaster and Academic Dean at The Lyceum (a school he founded in 2003, see theLyceum.org) Mark loves sacred music and Gregorian Chant and singing with his lovely wife, Stephanie, and their children.
View all posts by marklangley →
This entry was posted in college and tagged Catholic College, letter of recommendation, Student life. Bookmark the permalink.