One Caveat About Choosing a Major

When I first made the decision to become a teacher I don’t think I quite realized to just what extent that decision would focus and concentrate my daily thoughts upon one subject; I didn’t realize that the vast majority of my thoughts for the next twenty five years would be focused on schools, learning and education. I didn’t realize that this career choice would define most of my conscious experience…even after class was ended!

I suppose any career choice would have this effect. That is a little scary isn’t it?

In other words if one becomes a plumber, or a fishermen, or a farmer, or an electrician, or an accountant, then one chooses a life in which the majority of one’s day will be spent thinking about pipes, fish, pigs, wires and balances. 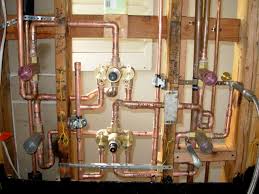 (I would love to be a plumber but I am not certain for just how long!) 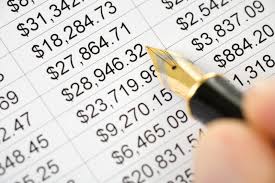 (This would never appeal to me) 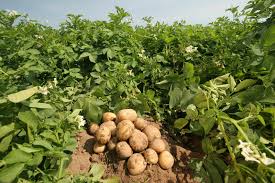 (I do like the idea of working the fields…imagine the satisfaction of growing this stack of potatoes! Not a single one of them knows what an ablative absolute is…but the again I have known some Latin III students who don’t either)

Do most young people realize this when they think about a career path? Do they realize that their career choice is not just a choice about how to spend 1/3 of each day,  but will also define the majority of their thoughts for the rest of their professional life? I emphatically did not!

I can’t stop thinking about education; schools, curricula, the nature of students, the procedures, methods and goals of education. And what is amazing is that the subject never really gets exhausted. And every time a question is settled with one person, two or three others ask it again. It reminds me of that famous little scene in the Sorcerer’s Apprentice where Mickey Mouse smashes the misbehaving broom to smithereens, only to find out that the problem increases exponentially!

(broom smashing – go to about the 7th minute)

I will admit that one tends to have the same discussion again and again with people over the years.

And I don’t complain about this! It provides never-ending excitement. For example, one has to discuss every single class with every new parent. One has to engage in a never-ending defense of Latin and Greek. One has to talk all the time about the comparative merits of discussions as opposed to lectures, one has to talk about whether co-education is natural or whether the Church prefers to only educate boys and girls in isolation.

(Humanities…hmmmm….this seems a little sketchy….I don’t see Algebra and Calculus or Chemistry and Newtonian Physics anywhere in this list….aren’t these also included in “the things that man has done.”)

Should every student study what he wants? Or should everyone be compelled to study the same things? Does education mean one thing or many things?

What role do living languages play in education and what about standardized testing? How about AP, IB, and honors courses? 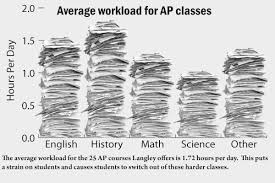 What makes a good teacher? What is a good class? Should a teacher cover things deeply and slowly or should he cover wide swaths of material superficially? Should he focus on the ancient or the new? Or both? Should a teacher attempt to be funny and entertaining…or should he try to teach mental discipline and attention with due gravitas?

Are boarding schools against nature? When might a parent send a student away from the home? How much of a financial sacrifice should a parent be ready to make for the education of his child?

What about a Catholic high school? Should students be compelled to go to Mass everyday. Should there be a daily rosary? Should classes begin and end with a prayer? Should everyone be required to take a Religion or Theology course?

what should a school dress code should require!

Is education at home more ideal than at a school?

What does it mean to say a parent is the primary educator?

Are schools even natural?

These are just a few questions and I expect to be thinking about them for the rest of my life just as I have up to this point. None of these questions ever gets answered once and for all for everyone.

Unlike the question of the earth’s rotundity which appears to be pretty well settled (as much as I try to raise it every year with my seventh graders), all of the questions above appear to belong to education itself and no person can be educated on behalf of everyone else. Each one must ask the question and find an answer.

In other words, I do not say that these questions do not have clear answers. I will not even pretend to be humble here by claiming that I don’t know some, many or all of them.

For example, it is perfectly obvious to me that every last human being on earth should study Latin insofar as he is able.

Nonetheless, I continue to meet people all the time for whom this answer does not appear so obvious. As a matter of fact, disagreement continues to exist about this question as if, like the earth’s rotundity, the answer to it had not been established long, long ago.

But I suppose I have strayed considerably from the original point which is this:

One will tend to spend the vast majority of his thinking life considering questions that relate directly to his chosen profession.

Presently, the founding Headmaster of Our Lady of Walsingham Academy in Colorado Springs (see www. OLWclassical.org), former headmaster and Academic Dean at The Lyceum (a school he founded in 2003, see theLyceum.org) Mark loves sacred music and Gregorian Chant and singing with his lovely wife, Stephanie, and their children.
View all posts by marklangley →
This entry was posted in classical education, education and tagged career, choosing a porfession. Bookmark the permalink.