The First Reason Why Philosophy Is The Best And Noblest Music

The first reason why philosophy is the best and noblest music is taken from what music shares with all the fine arts but has in a preeminent degree. All the fine arts are works of reason. (I prefer to say that they are discoveries by reason instead of products of reason.)

In other words the fine arts imitate nature. They are not mental constructs as say “Lobachevskian Geometry.”

The fine arts imitate the order in nature, they do not attempt to impose some new kind of order. Perhaps the works of science fiction might be thought of as impositions of man’s imagination upon nature- or against nature, but the fine artist finds beauty in bringing out the order that is already in nature and making it even more manifest to our senses. 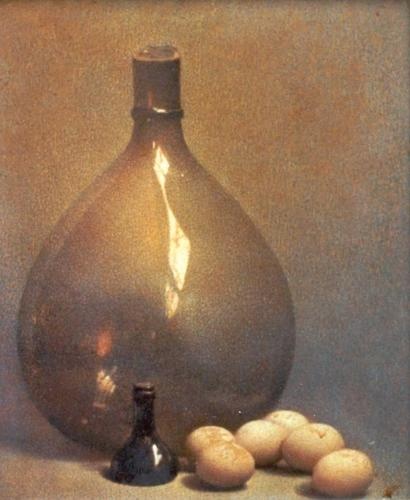 My wife’s grandfather (the “American Painter” Carl Schmitt) knew about the order in things – especially eggs!

But music is preeminent among all the fine arts as a work of reason that is orderly and imitative of the order that is in nature.

This is easy to see if one considers that among the fine arts (e.g. sculpting, dancing, painting, architecture, etc) music is the art which is most directly related to mathematics.

This is not to say that the other arts, like architecture which is obviously related very directly to Geometry, are not related to mathematics. I am merely asserting that music is the art which is most directly related to mathematics. The very sounds that produce music are all products of various mathematical ratios like the octave and the fifth as the immortal Pythagoras discovered. And of course the tempo and rhythm are obviously governed by mathematical principles as well.

The fact that music is the most imitative of the mathematical order that reason knows, is certainly a reason why music is the only fine art that made its way into the sacred seven liberal arts of the quadrivium and the Trivium.

Now Mathematics itself is a beginning part of philosophy and the study of mathematics is necessary for anyone who would want to pursue philosophy.

But the point here is that Music is a work or discovery of man’s reason about the order in the world. (albeit the particular order that is found in man’s soul especially with regard to his passions)

This is also, loosely speaking  a definition of philosophy. Philosophy if nothing else is a work of man’s reason in its attempt to know the various orders that are found in the world.

Philosophy is Music or  Music is Philosophy. 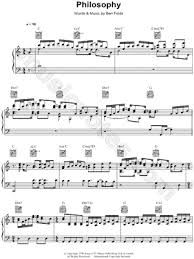 But the art of music does not really know the order that it imitates. Imitation is, broadly speaking, a sort of knowing – but it is not knowing in the strict sense of knowing. So given the fact that philosophy aims at really knowing we might say that Philosophy is better than music in this regard – and perhaps even say that “Philosophy is the best music.”

Therefore we might agree with Socrates that Philosophy is Music and it might very well be figured under the name of music especially if we call philosophy the best and most noble music.

That is the first reason but I like the next two reasons even more!

Presently, the founding Headmaster of Our Lady of Walsingham Academy in Colorado Springs (see www. OLWclassical.org), former headmaster and Academic Dean at The Lyceum (a school he founded in 2003, see theLyceum.org) Mark loves sacred music and Gregorian Chant and singing with his lovely wife, Stephanie, and their children.
View all posts by marklangley →
This entry was posted in education, Liberal Arts, Seven Fine Arts and tagged Fine Arts, Lobachevsky, Phaedo, Socrates. Bookmark the permalink.