As we were discussing the Decalogue in my Ethics class the other day, a question came up which struck me with new force. I say “struck me with new force” because I think the last time the question struck me with force was about ten years ago. And at the time the blow (of the question) was so forceful in my life, that I decided to participate in the founding of a small private institution of learning which would make it its sole business to make an attempt to address this question. Hence The Lyceum!

(This is a picture of The Lyceum- amazing how fashions change in such a short time!)

Before this, say 15 to 20 years ago, the question struck me periodically from year to year when I had the pleasure of teaching at my father-in-law’s school, The Trivium.

My father-in-law had been struck by the same question about 40 years before he founded Trivium in 1979, after he graduated from Harvard University and realized that education was not something that one gets at Harvard.

Here is a picture of Trivium School-Look at those chimneys!

This story about my father-in-law reminds me of the story I heard about Robert Hutchins, the young brilliant president of Chicago University who also apparently “woke up” one day after meeting Mortimer Adler, realizing that even after his brilliant academic career and his Ph. D., that somehow he managed to have missed his education as well- and so the two of them hatched the “Great Books” movement (along with lots of others – notably Prof. John Erskine of Columbia University and of course many others.)

I love stories about people who “wake up.” I think these stories are really testimonies to the fact that God is still perfoming miracles all the time, because for someone to have the humility to realize that he has not been educated despite his time at college and at the university, seems to me to be to be nothing short of a miracle.

As the great Heraclitus said “we should not act and think like those asleep.” And so following Heraclitus who is called “the father of the progress of the human mind,” my father-in-law spent a great deal of time answering the question “in what does a genuine education consist?” And in so doing he managed to wake up many others.

In asking “in what does a genuine education consist?” one should know that one is also asking lots of other questions, like:

That seems like a significant question. What if, say, a parent, or an educator, or a school, or even worse a prestigious and influential university did not know the answer to this question?

Wow! The consequences would be catastrophic, because what chances are there that the child or students or society which came under the influence of these would end up properly formed? Pretty slim I should guess!

What a shame it would be to “wake up” towards the end of one’s life and realize “whoops! I think I missed my education. I guess my whole life has been based on ignorance….darn!”

or “whoops…I think I wrecked my children’s chances at being properly formed human beings….shucks!” 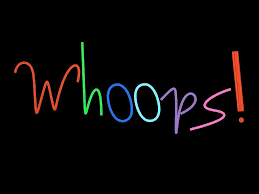 Presently, the founding Headmaster of Our Lady of Walsingham Academy in Colorado Springs (see www. OLWclassical.org), former headmaster and Academic Dean at The Lyceum (a school he founded in 2003, see theLyceum.org) Mark loves sacred music and Gregorian Chant and singing with his lovely wife, Stephanie, and their children.
View all posts by marklangley →
This entry was posted in classical education, Liberal Arts and tagged Heraclitus, Robert Hutchins, The Lyceum, Trivium, waking up. Bookmark the permalink.