I can tell when a topic is so fascinating that people are just not ready to move on. And you, O fortunate reader, are lucky that I have this gift!

Many would have long since abandoned the interesting topic of the last post and would, no doubt, already have posted three or four or even a dozen other trivial posts, concerning any number of the passing topics de jour, which lose their relevance almost as soon as they are published.

Here at Lionandox.com you will find that when we bring up something of interest we will dwell on it at length. We will savor it. We will sip it and taste it, rolling it around in our mouths like a good wine, allowing the sweet flavors to yield themselves up to our ready and eager intellectual taste buds.

We will not gulp our topics down like some cheap beer. 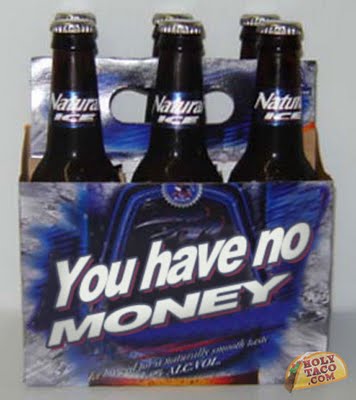 Quaffing it like some tasteless swill meant only for those who have no ability to distinguish, no sense for subtlety, no idea of gustatory refinement.

Good ideas need to be milked….or perhaps I should say “tapped.” Yes, tapped is a better image. You can be sure that we will do our utmost to tap every ounce of the sweet sap from our Maples! We will not leave a gusher gushing without sticking a bucket under it to catch every drop!

We do not flit from one topic to another in paroxysms of intellectual curiosity- the intellectual malady indicative of our age. Flitting now here now there, up one line of thought, abandoning it, only to pick up another before that too is abandoned according as our feelings, fashion, or impulse directs.

Instead, we will plod wisely and slowly in our attempt to understand. Why?

Because, my good friend, if we run fast we risk stumbling! And further, as you may recall, we need to go wisely and slow precisely when talking about going wisely and slow because these are the words of a wise man. Do you doubt me?

Here again are the seven times that we should go wisely and slow and I invite you to scrutinize #7 carefully:

Who is there that doesn’t understand this reason? When a wise man speaks we might easily guess that his words would be wise and weighty. We should listen to the words of the wise with reverence pondering them frequently.

The words of God are the obvious example. One should not read through Scripture quickly- running as it were from one verse to another, barreling through pages and chapters and books as if wisdom could be gained in the manner that the cup is won at the Kentucky Derby!

No! On the contrary, when reading Sacred Scripture far better to take a stylus out and copy just a few words beautifully while contemplating them in peace and quiet for at least a day or two…or a couple a years…or for a lifetime. 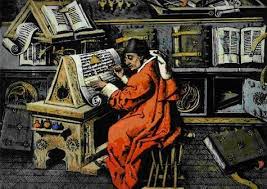 Those who are wise have the special capability of saying very much in a few words. That is their secret. Therefore it belongs to the rest of us to spend time unwrapping and unveiling the profundities that the words of the wise undoubtedly contain (in addition to calligraph-ing them).

And so without further ado, without any circumlocution, without wasting any words whatsoever to justify the attempt further, let us examine these seven times when we should go wisely and slow.

Actually I suppose we have already extrapolated on #7 (i.e. where there are the words of a wise man). Quite inadvertently we find ourselves in the awkward position of having explained the last when we meant to start with the first! But you, O compassionate reader, understand that this was necessary. You understand that without explaining the last first you would not even be reading as you are now.

And so let us be done with the seventh reason why we should go wisely and slow and turn our attention to the remaining six beginning with the first. That was fast. Too fast?

And so the first time that we need to consider when to go wisely and slow is:

1. where many things must be considered before a judgment can be made

Now fortunately for us this is quite simple. The best example that I can think of off-hand is of course taken from the great Euclid, about whom too much honor and praise is not able to be bestowed. (May his name be revered by every student everywhere!)

Take Euclid’s presentation of proposition 47 in his first book, the Pythagorean Theorem. Well, as anyone can see who consults the text, Euclid presents the demonstration of this significant mathematical concept after having first demonstrated 46 prior propositions.

In other words, the business of understanding the Pythagorean Theorem is not the affair of an hour or an afternoon or even a day. No …in order to understand it well I would say one needs to spend all the time necessary that it will take to completely understand the 46 prior demonstrations. How long will that take? 46 hours? 23 Hours? 11.5 hours? I don’t know, but I would recommend spreading it out over at least one good month especially if you try this on your own. 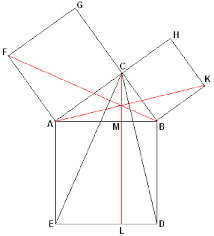 The Pythagorean Theorem, mind you, is fairly elementary knowledge for math students even as young as the seventh and eighth grade. And yet we regularly force them to make a judgment about  its truth on the very slimmest grounds….nay even a pretty picture! 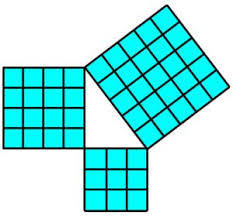 Well, maybe it is not a crime to tell someone that a thing is true without giving substantive reasons, especially if, like the Pythagorean Theorem it is very useful, but we really ought to do our best to provide all the reasoning at the earliest possible opportunity. That way, the poor student isn’t in the terrible position of thinking that he knows something which he really is not able to  know.

The truth is that very many things- even things that we might have thought of as fundamental- require many steps for their understanding. That is to say that before we can make any sort of judgment we need to approach many things wisely and slow because of the multitude of steps require in their understanding.

Take the many skills required by the musician before he is able to play those big pieces that he wants to play. Many violin teachers wont even let their students touch the violin before the first couple of lessons. But aside from this think of all those preliminary skills the musician has to learn! One just doesn’t start playing the Beethoven Violin Concerto on day one!

Take the enthusiastic student of Theology who longs to dive into the heart of things thinking he is going to study the Blessed Trinity after a week or two of introductory remarks.

It only takes a quick look at the very first article in the Summa Theologica of Saint Thomas to realize that even the beginner in the Sacred Science is expected to have acquired more than an acquaintance with mathematics and Astronomy and the major works of Aristotle including his Metaphysics.

Theology is a science that requires many things before judgments can be made.

And so we need to resist the immature thinker who is most prone towards racing and zipping along at breakneck speed thinking that the serious work of understanding is something like speed reading or calculating. He might think something like

Well…I completed Algebra 1 and 2 before I was out of diapers, in comparison to that Aristotle’s De Anima and his Metaphysics will be a cake walk!

We need to say to him.

Young man, some things cannot be acquired like the big mac meal at McDonald’s.

Some things take years of application before they admit to being understood. If you wish to court Lady Philosophy then go wisely and slow.

Presently, the founding Headmaster of Our Lady of Walsingham Academy in Colorado Springs (see www. OLWclassical.org), former headmaster and Academic Dean at The Lyceum (a school he founded in 2003, see theLyceum.org) Mark loves sacred music and Gregorian Chant and singing with his lovely wife, Stephanie, and their children.
View all posts by marklangley →
This entry was posted in education, Wisdom and tagged Berquist, Euclid, Friar Laurence, Hamlet. Bookmark the permalink.