Deliver Us From Evil

Our Father who art in heaven…

Let people confess to thee, O God: let all people give praise to thee. Let the nations be glad and rejoice: for thou judgest the people with justice, and directest the nations upon earth.

Everything that happens plays out as it was already decreed in His master plan. The results of the American 2016 election are no exception! He, as a loving father, has already decreed the election results and has arranged everything for the best for us His children.

Hallowed be thy name…

Put not your trust in princes: In the children of men, in whom there is no salvation. We do not deceive ourselves with the thought that this or that public official will solve every problem. We do, nonetheless, entertain the hope that our political leaders will work towards the establishment of justice and the promotion of the common good. We at least refrain from supporting those candidates who place obstacles and barriers to the establishment of the kingdom of God.

Thy will be done on earth as it is in heaven…

The will of God is always done. We ask only that we perform it willingly and consciously. We pray that those candidates will prevail who will be instrumental in cooperating with God’s merciful will. That they will be instruments of God’s mercy to the poor and downtrodden. We pray that our political leaders will not be unknowing instruments of God’s wrath to punish us for our collective sins. For each political leader is a minister of God’s will knowingly or unknowingly.

Give us this day our daily bread…

We pray for leaders who will advance just and fair laws, human industry and the dignity of human labor. Unlike those politicians that from time immemorial promise “panes et circenses” (bread and circuses) to cull favor among their constituency, we beg for leaders who understand and encourage policies that allow us to earn our own bread through dignified human labor.

Keeping in mind the words of Saint Paul:

For also when we were with you, this we declared to you: that, if any man will not work, neither let him eat.

May those candidates prevail who understand the proper role of government in protecting the right for every citizen to engage in suitable daily work.

We acknowledge the enormity of our sins and realize that we do not deserve God-fearing and wise political leaders. But we beg forgiveness and pray to God in the words of David,

The Lord is compassionate and merciful: long-suffering and plenteous in mercy.

He will not always be angry: nor will he threaten for ever.

For according to the height of the heaven above the earth: he hath strengthened his mercy towards them that fear him.

As far as the east is from the west, so far hath he removed our iniquities from us.

And lead us not into temptation… 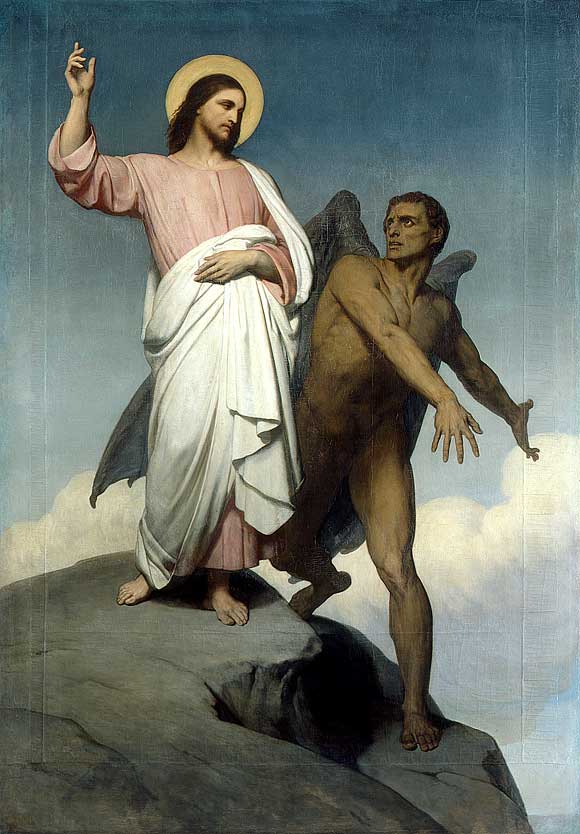 We pray that we may not give into the temptation of crippling despair in the face of political leaders who appear to be incapable of promoting the kingdom of God. We pray for leaders who will not transgress righteous behavior and impartial justice because of their desire for human respect and widespread adulation.

But deliver us from evil…

Finally we pray that we be delivered from evil. May those candidates who seek public office and who do not acknowledge God’s holy will be defeated. May public officials who promote policies and laws contrary to the natural law be replaced with those who will advance the Kingdom of God.

Academic Dean at The Lyceum (a school he founded in 2003, see theLyceum.org) Mark loves sacred music and Gregorian Chant and singing with his lovely wife, Stephanie, and their twelve children.
View all posts by marklangley →
This entry was posted in Lord's Prayer, Uncategorized and tagged Election, Lord's Prayer, panem et circenses. Bookmark the permalink.

1 Response to Deliver Us From Evil