As often noted in this ‘little journal’ which is ostensibly about liberal education and the “formation of Catholic liberally educated ladies and gentlemen,” liberal education is supposedly something that frees students.

I say “supposedly” because as a high school teacher, I don’t really expect to see the results of liberal education until after the student has completed one, and I have always considered the years of primary school and secondary school really just as one very long beginning. And then after making, hopefully, an excellent beginning, the student is supposed to continue the pursuit of the ‘meat’ of liberal education in college having now been weaned off the ‘milk.’ So therefore I have always taken my role as a teacher as belonging much nearer to the beginning of education than towards the end.

And this makes sense to me. High school provides students, if they are lucky, an opportunity to read lots of books for the first time. It is a time for many introductions. It is a time for memorizing Shakespearean sonnets that clearly were addressed to someone much farther down the path of life’s harsh experience, and therefore a little absurd to the minds of the young.

“When forty winters shall besiege thy brow…” And those thoughts are supposed to enter into the mind of the student at age 14 but not really reach their full meaning until he has had much more time to reflect.

It is a time to become acquainted with the whole Bible. Then he can study each book later in more detail in light of the whole.

It is a time for getting a glimpse of world history and introductions to every major nation and culture. How beneficial these glimpses and introductions will be for him later when he is enrolled in college and is perhaps undertaking a serious four-year program in philosophy, ethics, politics and metaphysics.

High school is also a time for delving deeply into this or that subject for the first time to whet the taste for further deep delving.

Clearly mature thinking and intellectual progress doesn’t happen by one consideration of anything important. Imagine only reading the Iliad once! Or Herodotus or Thucydides! What is that supposed to do – except to inspire the reader to say “I want to read this again so that I can really  understand it.”

Imagine hearing Our Lord’s Sermon on the Mount once. “Blessed are the poor!?!” What could that possibly mean? It sounds absolutely crazy on the first hearing.

It is only though giving things second thoughts and second considerations that we begin to mature and grow. The Doctors of the Church were all people who thought about Sacred Scripture more than once. By continual repetition and caring to give things second thoughts they began to understand and were consequently able to bear fruit – one hundred fold and sixty fold and forty fold. 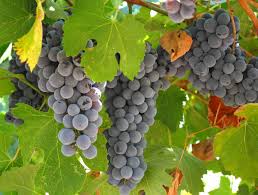 Great thinkers and scientists and wise men were all people of second thoughts.

Of course I have met many people who think otherwise. It appears that many people think that liberal education is something that can be gained sufficiently by the time high school is complete. Or perhaps they think that it might not be gained perfectly, but given the necessities of life and the pressing obligations of the real world, one really needs to turn full attention, after high school, towards acquiring the special knowledge and skills that are required for this or that occupation or career path. So they say something like

“well as much as I would like my child to continue his liberal education – to be perfectly honest- that’s not a luxury that WE can afford.”

“Well my child has now pretty much received his liberal education… and certainly he could continue it, but the fact of the matter is that he has a good foundation – and besides that, he has also a really strong sense of the Faith which he received at home.”

Of course no high school wants to gainsay a parent saying something like this. What would a school say?

“Actually your child has not really received a complete education yet. Even though we as a school regularly boast about how excellent and thorough our curriculum is, and even though you have paid thousands of dollars in tuition over the course of the last several years- we hate to say this…but your child has really just made a beginning. Its far from over. If you would like a complete education for your child then he really needs to finish what he has only just begun… or perhaps he can sort of continue reading on weekends.”

Human beings do take a pathetically long time to learn in comparison to our friends in the non-rational animal world. Some insects appear to learn everything they need for a successful life within hours. Cats appear to take about six months to gain everything they need to survive pretty well. Dogs take longer- but their education still seems to be pretty quick and then apparently one can’t teach them anything new. So if one happened to be a dog, I would not recommend further schooling after high school. I suppose I wouldn’t even recommend you go to high school if you were a dog- probably completing the first grade would be sufficient.

I don’t know much about whales, but apparently they take a longer time to mature and I am guessing that perhaps “whale school” requires more time for a complete education than dog school.

Academic Dean at The Lyceum (a school he founded in 2003, see theLyceum.org) Mark loves sacred music and Gregorian Chant and singing with his lovely wife, Stephanie, and their twelve children.
View all posts by marklangley →
This entry was posted in classical education, Shakespeare and tagged good beginning, second thoughts, Shakespeare. Bookmark the permalink.